The City of Daly City invites experienced developers to submit qualifications and proposals for the development of the City-owned site located at 1837 Junipero Serra Boulevard.

Suited for Hotel: The ~1.26 acre vacant site is located immediately adjacent to Daly City BART and the 280 Freeway. The site is comprised of one parcel (APN: 002-292-310) and is bounded by an existing parking lot and BART tracks to the north, Junipero Serra Boulevard to the west, single family housing along Niantic Avenue to the east, and an existing parking structure to the south.

The City envisions that the site be developed primarily as a hotel project in the context of transit-oriented development (TOD) with quality design as the final phase of the Pacific Plaza project (approved under PD-54 and DA and DDA in 1999) with the initial two phases (20-screen movie theatre, an initial office tower and two parking garages) built as part of Phase I and II. As entitled, the project would consist of an approximately 10-story hotel with up to 300 rooms and up to 25,000 square feet of meeting and banquet space. 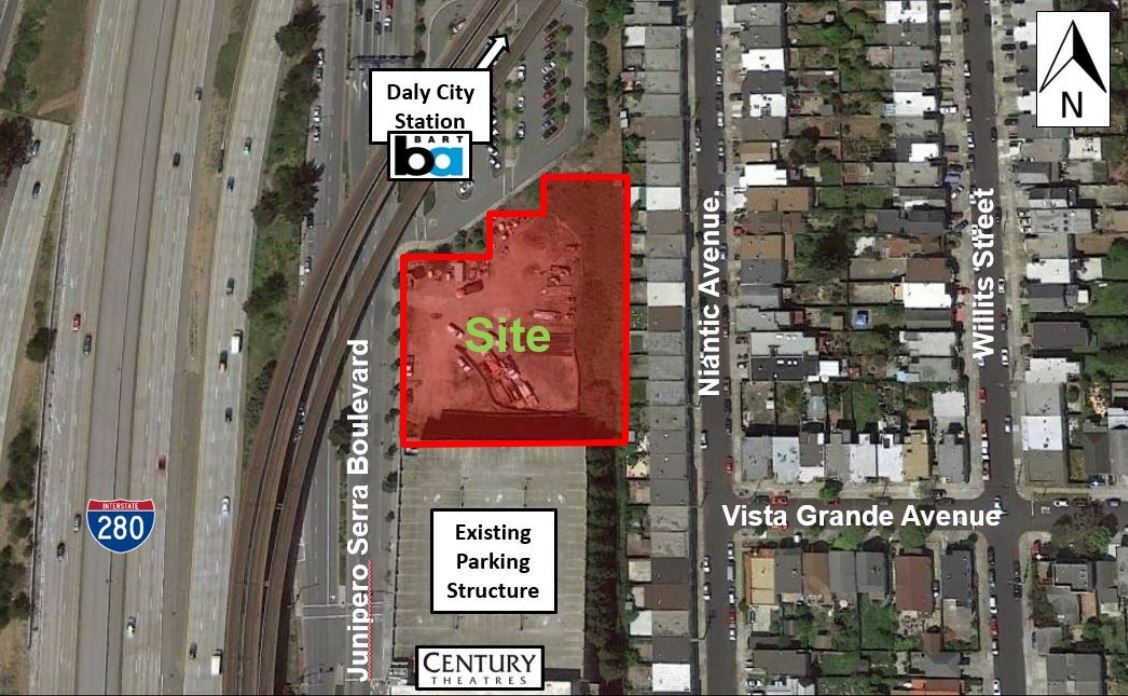