On occasion no matter the efforts of law enforcement, some crimes do go unsolved. From time to time these "cold cases" are solved by citizens such as yourself who may hold a critical piece of information useful in solving a case.

If you think you have any information related to any of the cold cases listed below, please Email Lieutenant Mike Brennan. You can also call 650-991-8169 or you can use our online contact form.

Take a look below at some of our highlighted cold cases and see if you might just be holding that critical piece of information.

Philip and Cheryl Beadles were a young married couple who were found dead in the living room of their home by their young children in the early morning hours. The couple was murdered execution style with strong suggestions of a sexual motivation.

Wang was shot multiple times in front of his home just before 7 pm as he returned from work. Wang's killer appeared to have been lying in wait to ambush him. It is possible that Wang was killed due to gambling and business debts.

Harry Flamburis was president of the San Francisco Chapter of the Hell’s Angels Motorcycle Club. He and his girlfriend, Barrett, were found shot to death in their home. The house was also set on fire by the suspect(s). Their murders are believed to be motorcycle gang-related. 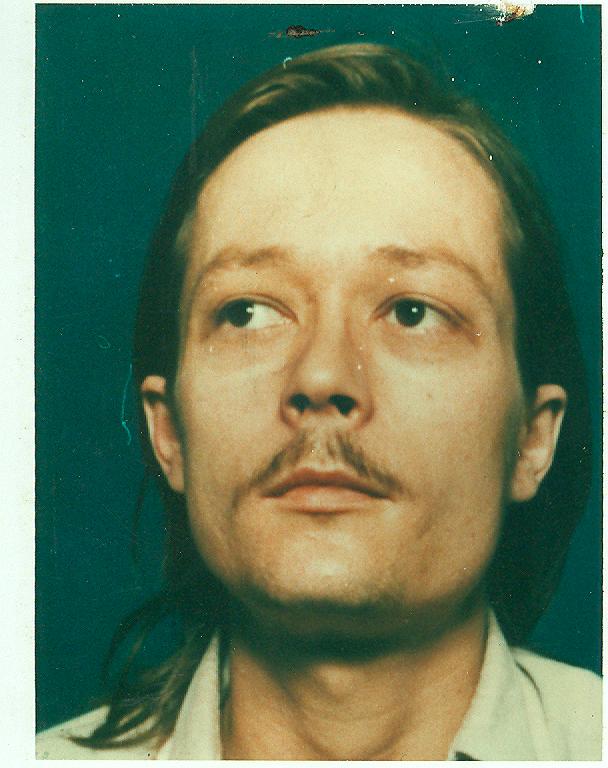 28 year old Brian Erickson was found dead in his own vehicle (white station wagon), the victim of homicide by blunt force object. Erickson was a drifter who last lived for a short period of time in the City of Berkeley. Erickson’s body had been in his vehicle for several weeks before being discovered. Erickson’s wallet was found in a storm drain in a South San Francisco neighborhood about one month before his death was discovered. 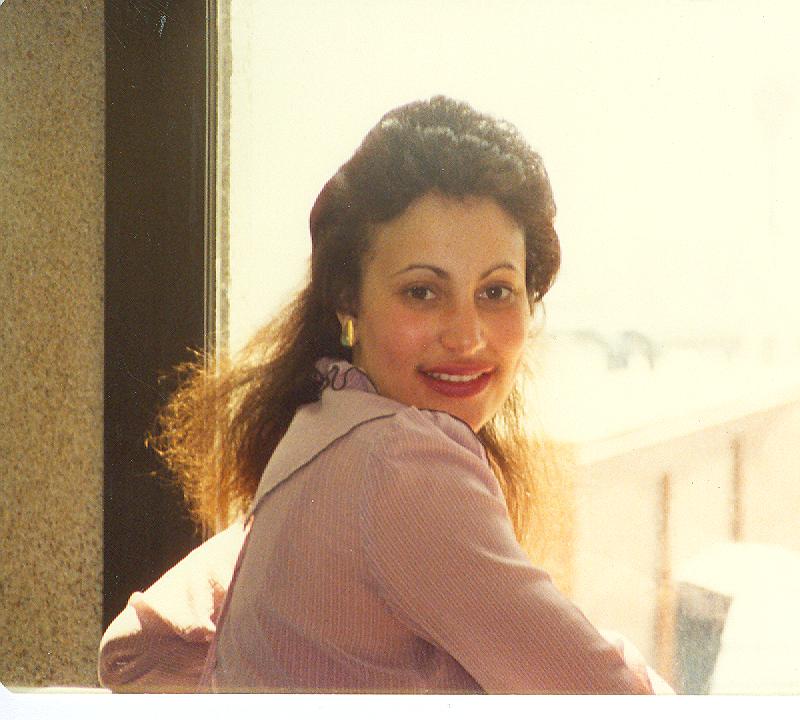 23 year old Brenda Duharte was found strangled to death in a laundry room of her apartment complex. She had just come downstairs to move clothing from the washer to the dryer. Brenda was an employee of Wells Fargo Bank in San Francisco and lived alone with her young daughter. 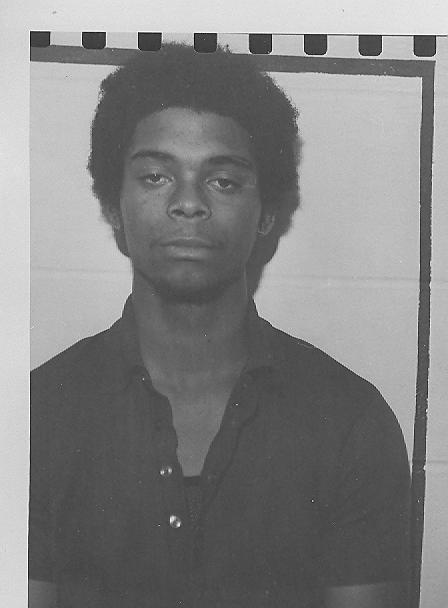 24 year old Gregory Whitlock was shot to death by a passing carload of Asian males in the area of Lincoln Park at about 3:20 am. Whitlock had previously quarreled with a group of Asian males just prior to the shooting. 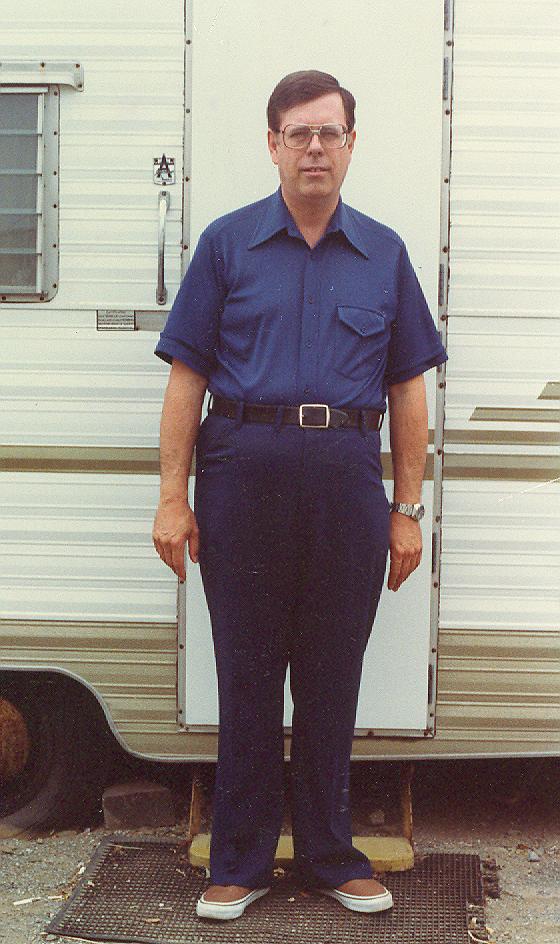 Cornett was found stabbed over 30 times in his trailer home. The suspect is described as a white male adult, about 6 feet tall, slim build with dark short hair that is combed back behind the ears. It appears that Cornett and his killer had a brief homosexual encounter over a one or two day period just prior to the murder. It is possible Cornett picked up his killer as a hitchhiker in Southern California. 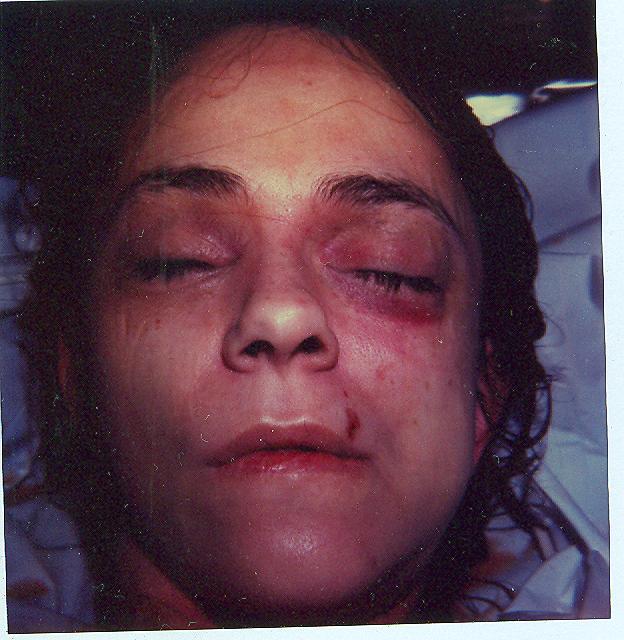 The body of an unknown female adult was discovered in the bushes on Bruno Avenue near Vale Street. The victim is a Caucasian female, between 25 to 30 years of age. She was 5 foot 3 inches tall, 99 pounds, with dark brown hair and brown eyes. She was wearing a gray jacket, lavender hooded sweatshirt, blue jeans, and brown shoes. It appears the woman was strangled to death. 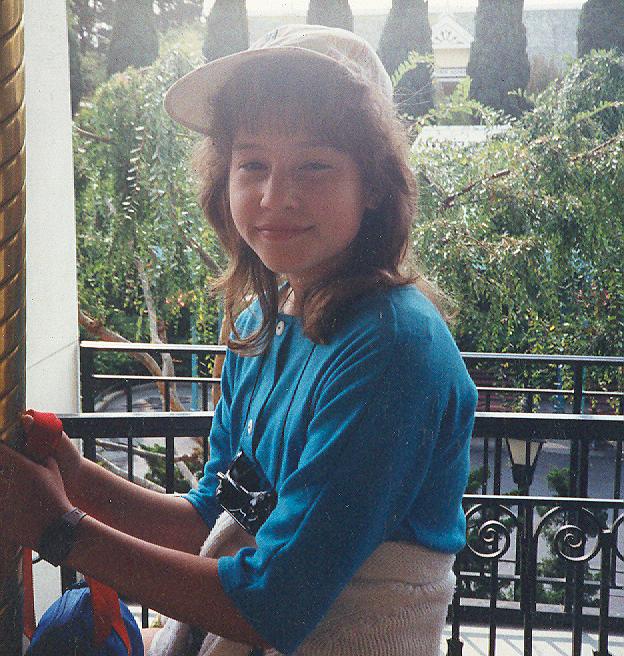 13 year old Michelle Matteucci was walking home from school at about 3:30 pm when she was last seen alive. At about 10 pm that night, her partially clad body was found in a backyard on the 100 block of Morton Drive in Daly City. Michelle had been strangled to death, and there appeared to be a sexual motive for the killing.

The remains of a newborn female infant were found in the backyard of a home in the 100 block of Gambetta Street on January 31st, 1988. The baby was Caucasian or possibly Latin, 19 inches in length, and just over four pounds. The infant is believed to have been alive and breathing at birth and was subsequently the victim of homicide. It is estimated that Baby Jane Doe was born on or about January 28th or January 29th.

Bryan was a typical 19 year-old young man who enjoyed spending time with his girlfriend and buddies. One night, after drinking with some friends, Bryan was found murdered in the residence of his Westlake District family home. He had been shot at close range. There were no signs of forced entry and nothing was missing from the residence. He was found the next day by his concerned girlfriend after he failed to meet her as scheduled.

Like Bryan Chan, Steven was found dead in his residence from gunshot wounds. There were no signs of forced entry and nothing was missing from the residence. Steven lived in a condominium in the city’s Bayshore neighborhood.

On this date, a fire was started by an arsonist at 15 Poncetta Drive, a large multi-unit apartment building. Smoke engulfed the building. Midori and Keiryo Mizuno, a married couple in unit #230, were overwhelmed by smoke and died before escaping the fire. 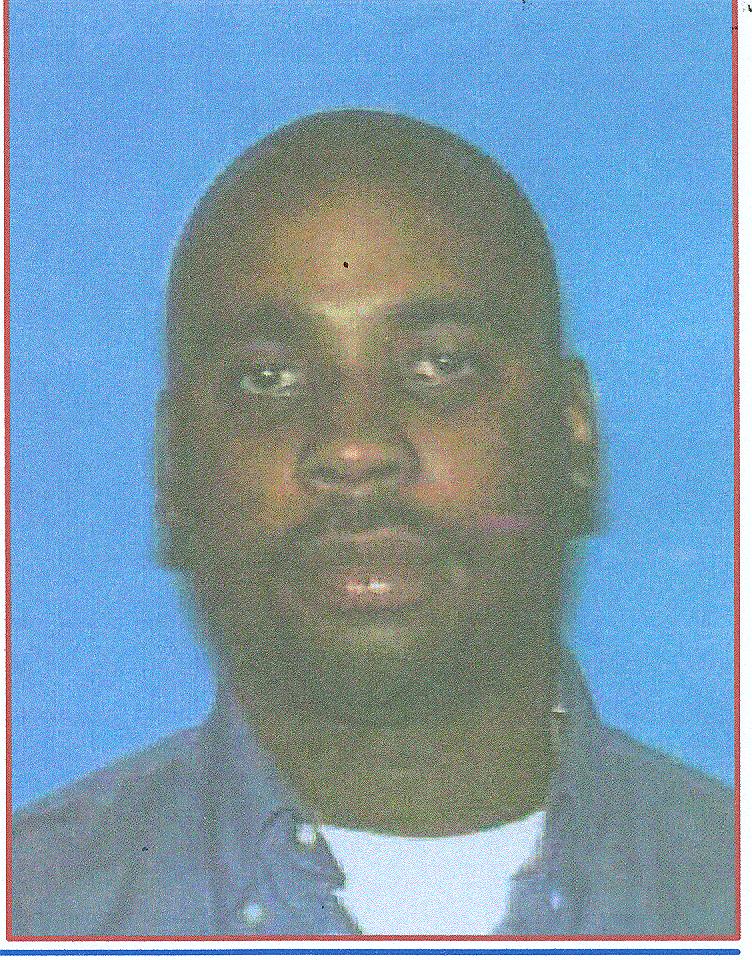 On Halloween night, during trick-or-treat hours, David Haughton was gunned down in the 400 block of Northaven Drive. It appeared David was targeted as a vehicle pulled up and two males got out of the car with a third person staying in the driver’s seat. The two men stopped Haughton’s car as he drove towards his girlfriend’s residence and forced him out of the car. The two males chased David down and one of them shot him numerous times at close range.

The two males then fled in David’s Range Rover which was found abandoned in St. Mary’s Park in San Francisco the next day. 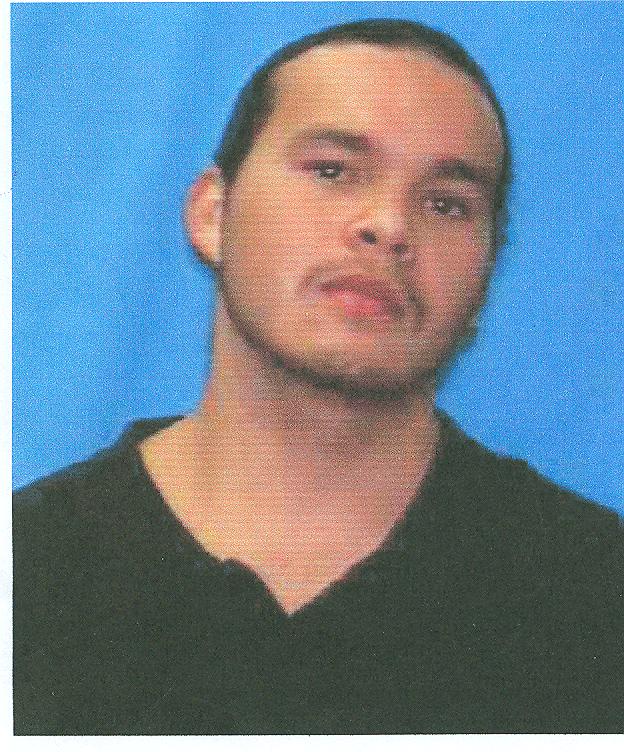 Francisco was driving with his brother on Hanover Street when a burgundy colored SUV pulled up alongside. A passenger from the SUV fired multiple shots from a handgun into their vehicle, killing Francisco. The suspects are believed to be Latin gang members who mistook Francisco and his brother for rivals. 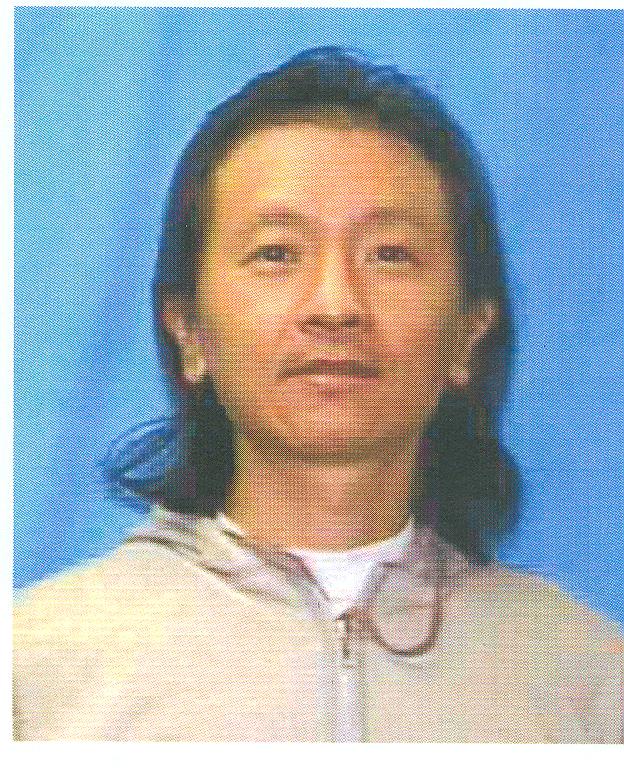 Eddie was a transgender woman who went by Michelle. Michelle was found stabbed to death on an easement that runs along the east edge of Westlake Park. The easement where Michelle was found was just a few yards from the back gate to her home on Cliffside Drive in Daly City. Michelle was dressed in feminine attire when her body was found. 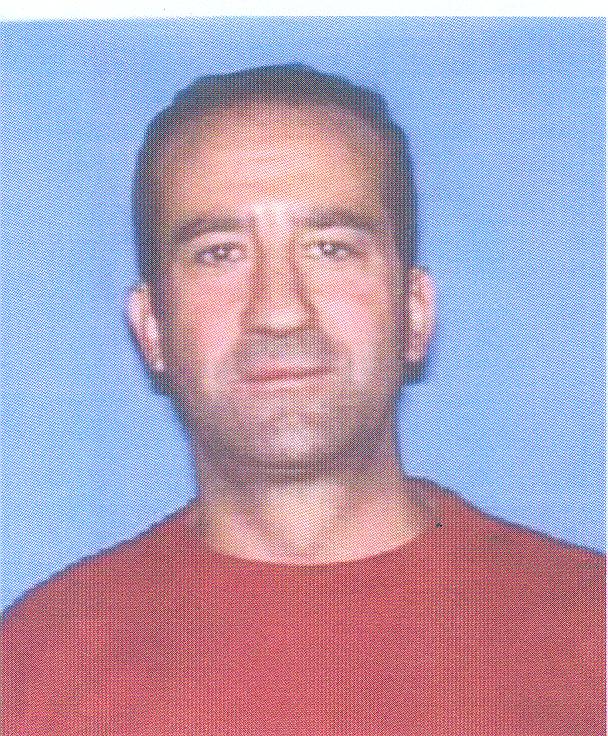 Alex was a flight attendant for United Airlines. His home base was San Francisco but Alex and his family lived in San Diego, California. Alex rented a room in the Bayshore District of Daly City for temporary lodging during his work weeks. Alex was found shot to death in the early morning hours in his vehicle in front of his residence. It appeared he was trying to park his car to go home when he was confronted by the gunman. A neighborhood witness saw a lone male subject running from the area of the gunshots.