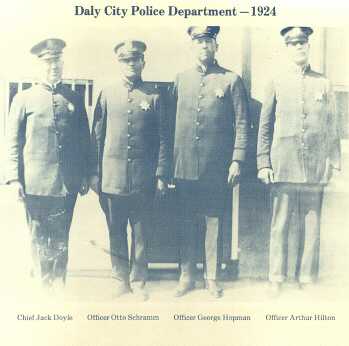 The City of Daly City was officially incorporated by permission of the San Mateo County Board of Supervisors on March 22, 1911. The first record of law enforcement efforts in the City began shortly thereafter with the employment of four men under the direction of a Marshal. The four men had plenty to do, as Daly City had become a real boomtown after the 1906 San Francisco earthquake. By 1914, Daly City had two saloons where non-residents of Daly City could drink and gamble. Those guilty of over-imbibing were banished from the saloons for thirty days and the City Judge directed the Marshal to enforce such orders.

In 1924, the Chief of the Daly City Police Department was Jack Doyle. He had three men under his command, one of whom was Barney Hilton, who would go on to become chief for a short while. According to newspaper accounts, Chief Doyle experienced tremendous luck when a suspect's shotgun shell failed to discharge and he escaped an otherwise certain death. The suspect, oddly enough, had been an officer with the Daly City Police Department for four years before mental illness apparently took hold. Chief Doyle's luck ran out, however, when he was struck and killed by a street car on December 19, 1936. 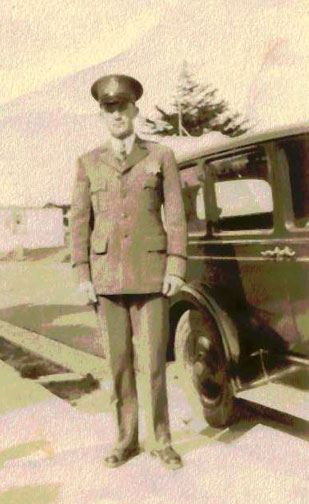 According to an article in the Daly City Record, published on September 25, 1963, "communications were 'kind of nil' at the top of the hill" in 1927 and 1928. The article is based on an interview with Otto Schramm, a police officer in Daly City in the 1920's. There was a phone box at Hillside and Mission Streets. This phone box provided the only communication with Daly City Police officers. When an officer wasn't close enough to answer, a local person would help out by telling the police that the phone box was ringing. Otto Schramm went on to a successful career with the California Highway Patrol, eventually working as a sergeant in the Redwood City office.

There were numerous championship boxing matches during this era at what is now the corner of Mission and School Streets. The first City Hall and Police Station was in an old wooden building at 75 Wellington Avenue. The Police Department occupied part of the first floor and most of the basement. The total square footage was 3,191. From 1924 to 1928, the Police Department experienced a 25 % increase in staffing, growing from four to five officers.

1928 brought progress to Daly City with destruction of the old wooden City Hall and Police Station and the construction of a new City Hall. During the eleven years that followed, the police department was based out of a converted plumbing shop on Mission Circle. The officers made many of the improvements. There were two holding (jail) cells in the temporary station.

The depression hit and construction was halted for five years on the new permanent City Hall. Finally, in 1939, the new City Hall opened. The police department had one police car with a radio. The calls for service were handled by radio station KGO. In the words of one police officer, "Everybody else in town beat us to the calls." The Daly City Police Department was soon part of the same radio network as the San Francisco Police Department. 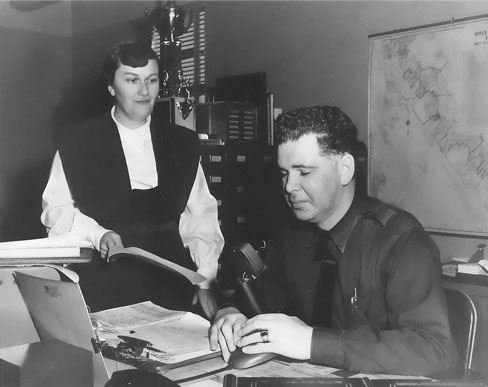 The war years brought problems to the quiet City of Daly City, as soldiers awaiting transfer out of San Francisco would take streetcars to the "Top of the Hill" area and get drunk at the Hilltop Lodge. In order to deal with these soldiers, military police officers provided additional patrol. In 1944, a large fight erupted at the top of the hill and one of the military police officers shot at a soldier.

Unfortunately, the military police officer missed his intended target and his bullet hit another soldier. A military ambulance took away all of the concerned parties and they were never heard from again. 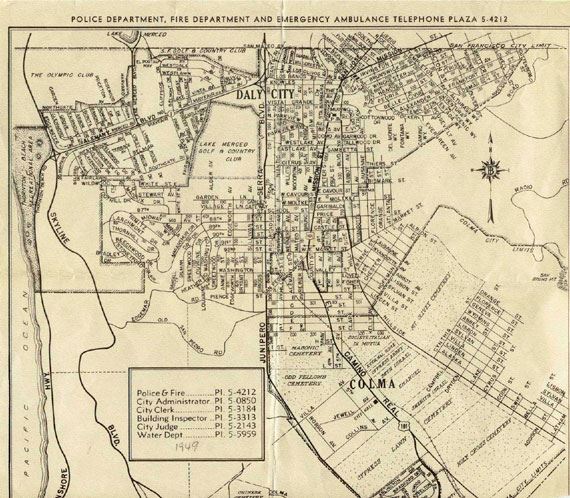 World War II brought another problem to Daly City, the crash of an army fighter plane on Alexander Street between Roosevelt and Templeton. The pilot was killed and several houses damaged, including the destruction of the house at 73 Alexander Street. A second fighter plane crashed ten minutes later in the hills above the neighborhood.

After World War II, the City and the Police Department both grew. Fueled by the demand for more housing by returning American soldiers, the Westlake District arose from cabbage patches. The City continued to grow through the late 1940s and 1950s, but remained relatively quiet. City Hall, however, outgrew its location on Wellington Avenue. The City purchased an area bounded by 90th Street, Sullivan Avenue, 92nd Street, and Edgeworth to build a new Civic Center, including a new police station.

1964 brought the Republican National Convention to the Cow Palace in the area formerly known as "Bayshore City." This area had been annexed by Daly City in 1963 and the convention brought threats of civil unrest. The decision was made to process those arrested at one of the livestock barns before taking them to the county jail because of the limitation of three holding cells at the police station. Fortunately, the convention was relatively quiet. 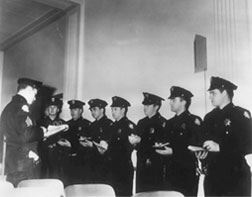 1966 brought the Daly City Police Department into the news with the arrest of a topless dancer at the Copperwood Lodge on Hillside Boulevard. The arrest and subsequent trial kept the police department in the news for some time.

1967 brought completion of the new Civic Center and a new police station with it. The new police station was unofficially known as "Petrocchi's Palace" because it was so large and the chief at the time was Roland Petrocchi. The police station, still in use today, is 18,000 square feet at its opening and included a complete indoor range, crime lab, and jail. 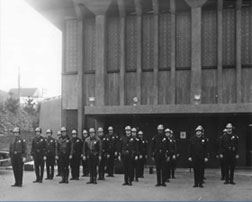 Tours of the new police station were presented, where the notable "Alpha File" could be seen. This file contained records of contacts with people of Daly City. It is now replaced by the Records Management System on computer.

1969 brought the opening of one of the most complete shopping centers in the country, Serramonte Center. It was constructed, along with the Serramonte neighborhood, on an area formerly known as the Christopher Dairy Ranch.

1992 brought the creation of "C.O.P.E." (Community Oriented Police Enforcement) by Chief Thomas Reese. A special unit was created to more effectively deal with community problems and every member of the police department received training in the methods of community oriented policing and problem solving. The result of this philosophy is the enhancement of the quality of life for Daly City residents.

Remodeling of the Police Station

1994 brought a major remodeling of the police station. The jail that had not been used in many years was finally demolished and a state of the art communications center was built in its place. More office space was also added to meet the growing needs of the department.

Appointment of Outside Chief

1995 brought the appointment of the first Chief of Police from an outside agency. Sidney J. Rice was appointed after a twenty-year career with the Oakland Police Department, where he held the rank of captain.

1999 brought the implementation of the police department's first strategic plan. This was followed by a reorganization of the department. The department was reorganized into two bureaus and four divisions and the station itself was remodeled to reflect these changes. 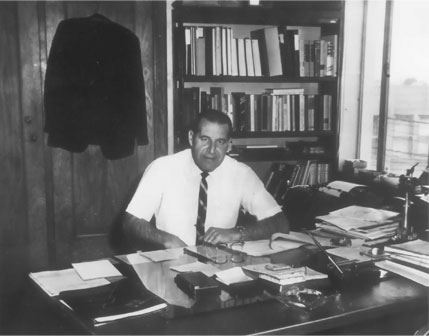 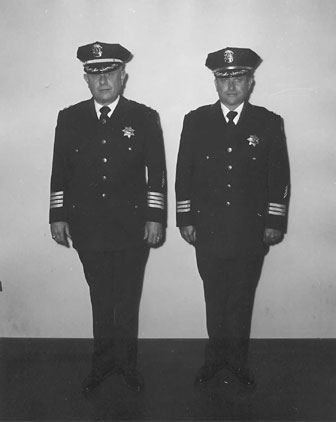